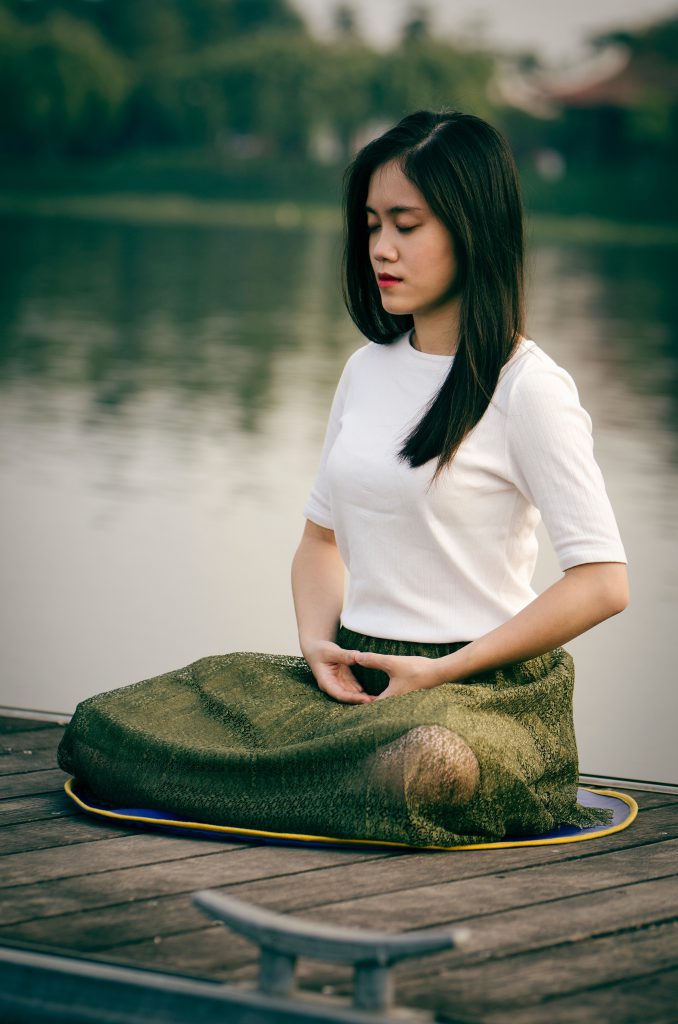 Zen is the highest form of Shaolin Arts and leads to enlightenment.

Practice
In Zazen, as with most meditation, one sits in the lotus or half lotus position, meaning with both legs or one leg crossed. The spine is relaxed and straight, breathing flows naturally. The mind (thinking) stops. At Shaolin Wahnam Institutes, standing meditation is practiced in every Kung Fu and Qigong class. We call this entering the way, entering Zen or entering a Qigong state of mind.

The lesson Awakening is sudden and direct:
one is plunged into the origin of all things,
one recognizes cosmic reality, and the origins and basic principles are suddenly clear and in front of your eyes.
Duality disappears.

This condition is also called wu in Chinese or satori in Japanese.
With this awakening, one steps outside the cycle of the
suffering of man. This is the explicit goal of Buddha’s teachings
as transmitted by the founder Gautama Buddha.
Everything is considered transient (called in pali annica) and therefore
not real, everything just an illusion. When one is released from this
illusion by way of awakening, attachment to the so-called real world is
set aside with this self-discovered realization. Possession of
no attachments is the same thing as stepping outside the cycle of
rebirth, because you enter oneness, universality, dao, heaven, nirvana.

The Path
In the words of Gautama Buddha (Buddha is a name for an enlightened person), the path of Buddhist teachings can be completely described with the following:

The first two lines represent the moral foundation which also exist in other teachings.
"Purify your mind" refers to the practical component of the teachings:
Meditation. So the initial teachings of Gautama Buddha were always connected to meditation.

Following this path is recommended to every student at
Shaolin Wahnam, in that he or she accepts the "10 Shaolin Laws" with membership, follows and practices these.

Join us for a meditation class in the morning.